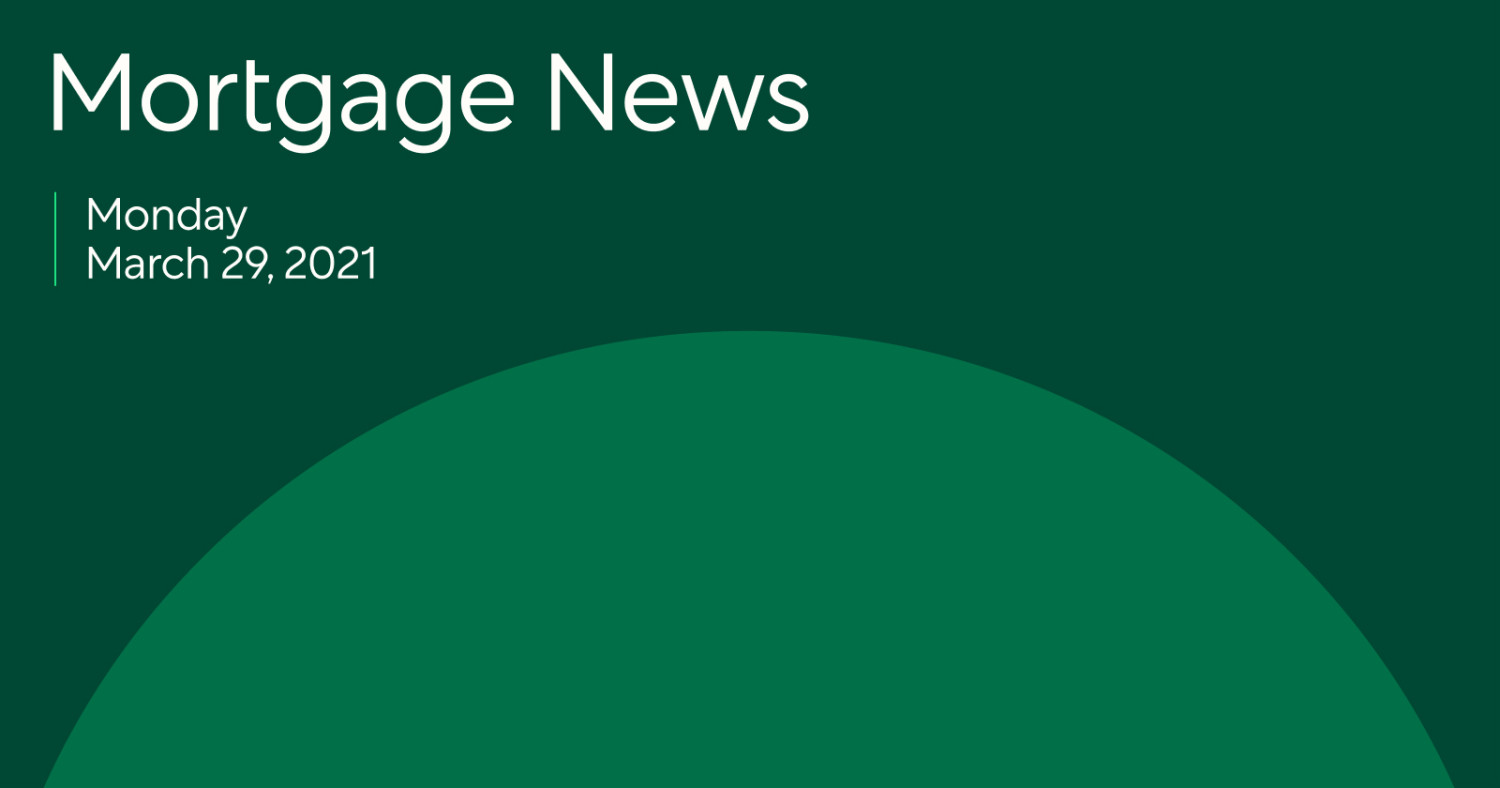 Here’s a look at the latest developments in the mortgage market for the week beginning 3/29/21.

After 2020, does homebuying season still matter?

With the arrival of spring comes homebuying season in the real estate world, but given how much the pandemic has revved the market up with heavy sales, competition, and higher prices year-round, the label may not hold the same significance as years past.

To start, homebuying season generally refers to the months of March through June when, traditionally, home inventory and sales are at their annual peak. The reason why is two-fold: most buyers want to be moved in and settled before the fall, usually to gear up for a new school year, and sellers want the highest price for their home, often listing it in the spring to attract the most buyer competition. This surge in listings has historically led to a spike in sales. Since 2013, existing home sales peaked every June with a monthly total of around 500,000 homes sold.

But then 2020 came along, and a lot of seasonal trends were turned on their head. Homebuying remained popular year-round, with roughly 500,000 homes sold every month from June all the way to December. At the end of 2020, existing home sales hit their highest point since 2006. Competition also kept up, thanks to historically low inventory levels and a rise in virtual buying. In September, over one in five homes sold for more than their asking price, and in January, a traditionally slow month, the online listings site Redfin reported over half of their sales went through bidding wars.

Given how much the market has changed over the last year, is homebuying season still a good time to shop? It depends on what matters most to you in your home search. If you want a larger selection of inventory, then spring is likely the safest bet, as an influx of existing homes are expected to hit listings in the coming months. But if price is your main concern, getting a deal may be easier in the fall and winter when there’s less inventory available, and therefore less demand. Regardless of season, the landscape of homebuying itself has changed, so being prepared for heavy competition is in every buyer’s best interest.

The country’s average credit score got a major bump of seven points last year, up to 710. The boost was driven by a number of factors, but likely helped along by the amount of credit holders who saved money and paid off debt during the pandemic. Now, 69% of Americans have what’s considered a “good” score of 670, or higher.

A higher average credit score means mortgages are available to a larger number of loan applicants. While the overall credit supply is at its lowest since 2014, it’s been expanding little by little over the last three months. With tons of homebuying expected this spring and summer, economists predict more mortgage credit will open up—especially for first-time buyers.

Your credit score can affect your mortgage because it’s one of a few financial factors that helps determine your loan options. Checking your rates can help you see what you qualify for, with no risk of impacting your score.

Buyer demand is relentless in the face of rising rates

Rates are half a percentage point higher than they were in January, but the number of buyers applying for home loans just increased for the 4th week in a row, now sitting 26% higher than this time last year.

This shows how strong homebuyer appetites are, as they brave not just rising rates but tough competition in today’s low inventory market. There was a gap of roughly 200,000 existing home listings missing from the winter market, while the national median listing price increased 15% from last year.

The average 30-year fixed rate hit 3.17% last week but is still lower than it was last spring. Many buyers may be choosing to act now while rates are relatively low, but it’s unclear how demand may change if they keep rising as expected.

Second homes and investment properties just got some new rules

Second homes and investment properties made up 15% of last month’s home sales, but today, those looking to take out a mortgage for them may be faced with new costs.

Fannie Mae, the government-run agency which buys loans from lenders, recently announced that loans for second homes will now only be accounting for 7% of their total purchases. That’s roughly half of the amount they usually buy, and most lenders will need to adjust their pricing in response to the new restrictions.

For Better Mortgage, it means having to impose a 1% price increase on those mortgages. So a $300,000 loan for a second home, for example, now costs $3,000 more. Loans that were already locked before the March 10th announcement likely won’t be affected, but if you have any questions, be sure to contact your loan consultant.