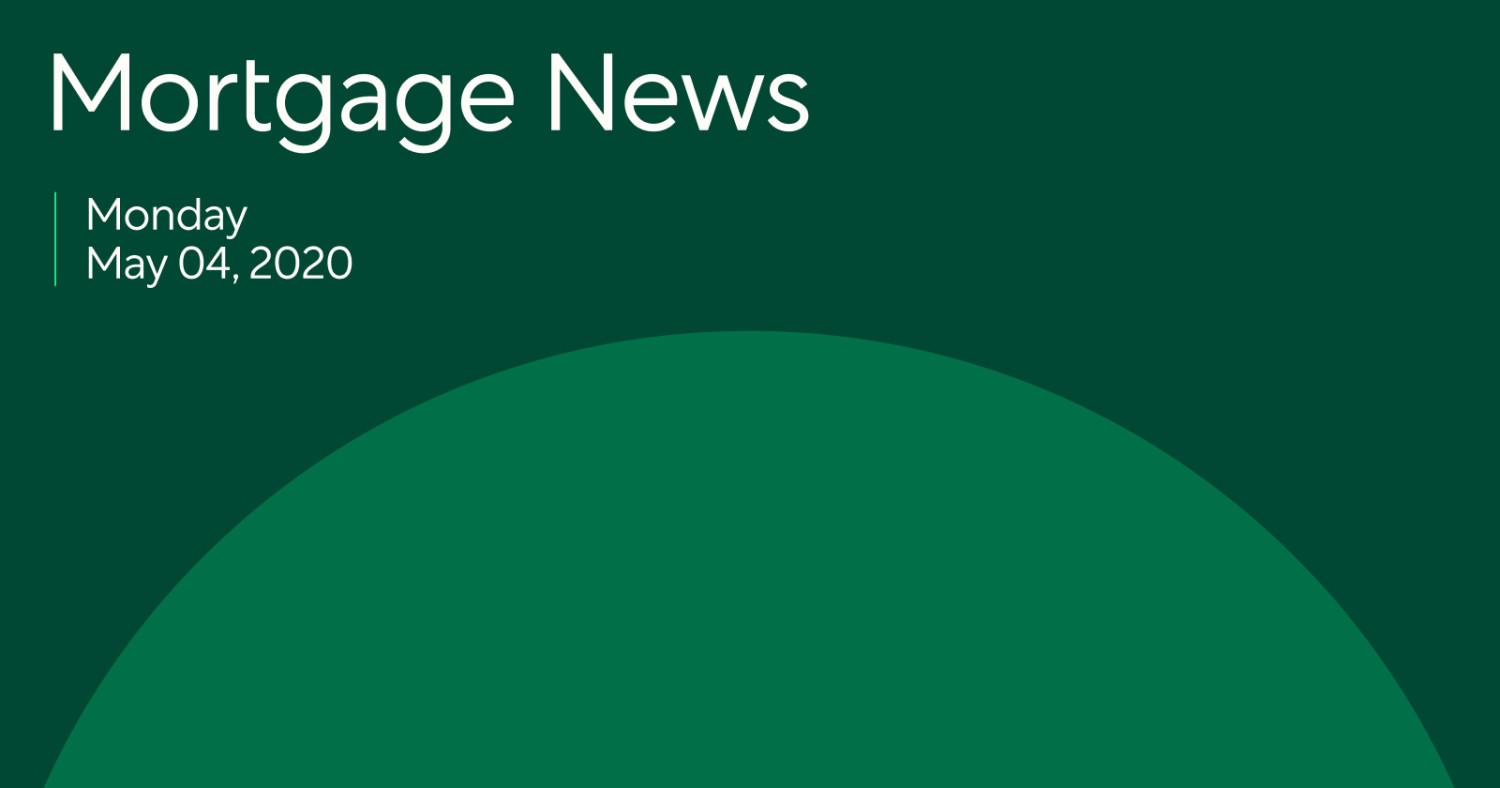 Here’s a look at the latest developments in the mortgage market for the week beginning 5/4/20.

Returns on “safe investments” lower than ever, as real estate returns rise

Americans are saving at a higher rate, but with significantly lower returns. On average, Americans are now putting away 13.1% of disposable income, up from just 7.7% in January of this year. Because of perceived riskiness in the financial markets, they are opting for traditionally safer investments like bonds, money market funds, and bank deposits. For example, cash deposits at JP Morgan were up 39% in the first quarter of this year.

Unfortunately, savers are seeing less return than ever on these types of investments. Due to the low Federal Funds rate, bank deposits are paying an average annual return of 0.07%, and money market funds are not much higher, averaging around 0.1%. With analysts predicting rates could stay extremely low for several years, Americans inclined toward long-term investments are faced with the prospect of diminished returns over time.

Real estate, on the other hand, is one form of investment that tends to pay off post-recession. Even in the wake of 2008’s housing crash, the average home sales price increased over 40% over the past decade (a 3.5% annual growth rate) — making the current average 87% higher than it was twenty years ago. While financial assets are seeing record volatility, home prices are not expected to decline as much as they did in 2008, and Americans who are able to sell their homes are generally still seeing increases in profits.

With unemployment expected to reach up to 15%, and non-essential businesses closed nationwide, the Consumer Confidence index saw its largest ever drop in April.

While current conditions are causing concern, consumers appear to be optimistic about the near future. The Expectations Index, which measures consumers’ short-term economic outlook, rose from 86.8 to 93.8. The percentage of respondents expecting job creation over the next six months, as well as the share who believe business conditions will improve both doubled from March to April. Amidst continued uncertainty regarding COVID-19’s impact on the economy, however, these numbers are expected to fluctuate in the coming months.

The Federal Reserve has committed to buying as many Mortgage-Backed Securities as it takes for the mortgage market to function throughout the crisis, which has the effect of pushing down rates. Many borrowers, however, aren’t seeing lower mortgage rates as a result of the Fed’s actions.

Bracing for the impact of the second wave of forbearance, lenders are still cautious of lowering rates for anyone but the most creditworthy borrowers. With individual lenders and servicers worried about having the cash to forward payments to mortgage investors, the Federal Housing Finance Agency (FHFA) clarified some policies around forbearance. In his comments, the head of the FHFA mentioned the ease of servicing transfers, indicating the possibility of allowing some servicers to fail. In response, some lenders tightened their credit standards. This has involved discontinuing some cash-out refinance loans, instituting 700 FICO floors, eliminating non-conforming loan programs, and placing restrictions on some jumbo loans. With 7.5% of all loans currently in forbearance, and Fannie Mae expecting that number to double, it may be awhile before lenders are comfortable loosening their credit standards. If this is the case, the record-low rates lenders are advertising may only be available to the least risky applicants. Despite these hurdles, borrowers are still taking advantage of the low rate environment; the volume of refinance applications last week was three times as high as this time last year.

Better Mortgage is currently lending to qualified customers with credit scores as low as 620. Get pre-approved in minutes, and see your rates instantly at Better.com.

Get your custom rates