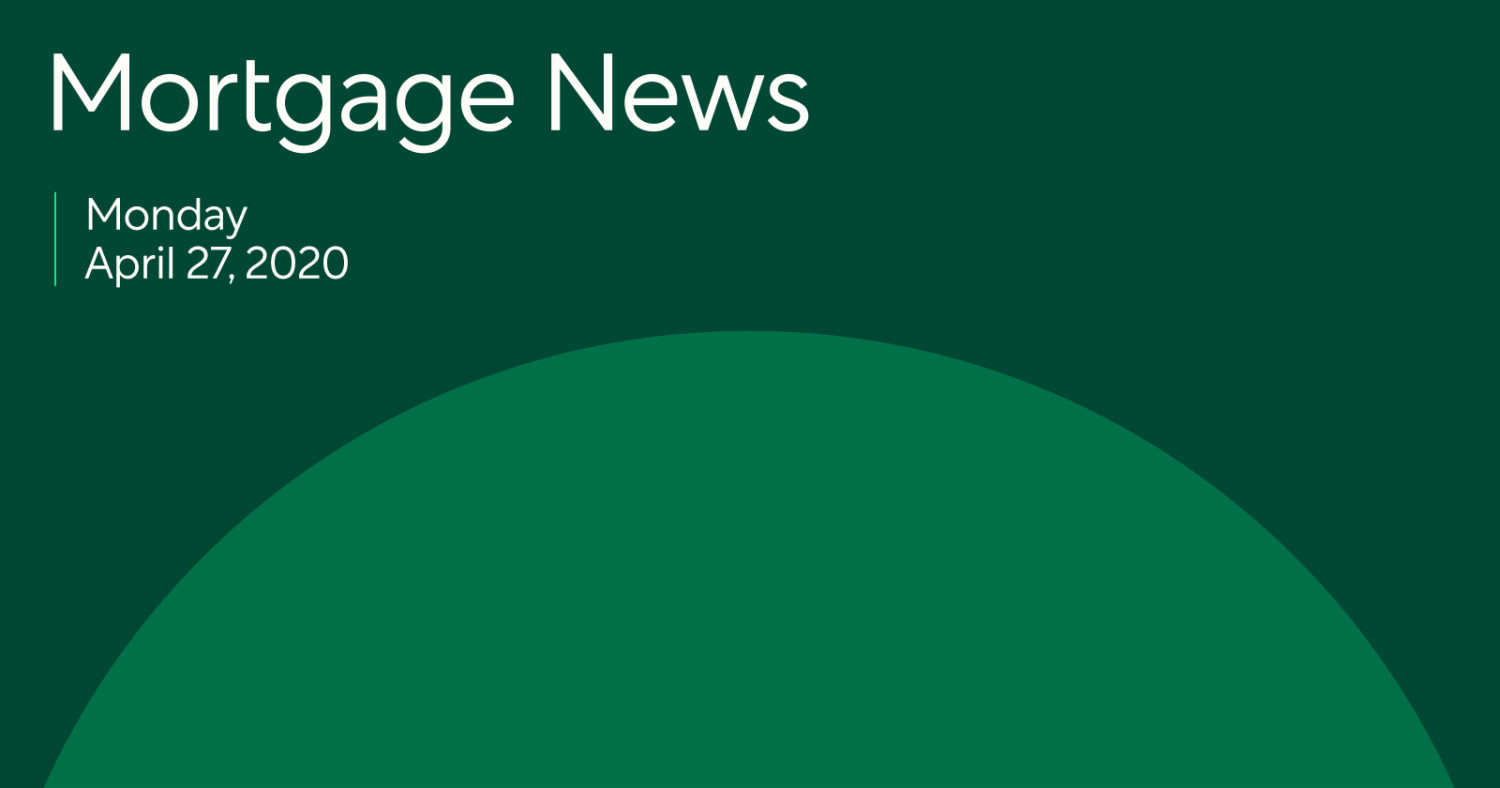 Here’s a look at the latest developments in the mortgage market for the week beginning 4/27/20.

Why COVID-19 home prices are unlikely to hit 2008 levels

While the national median home price has remained steady at about $320,000 over the last 6 weeks, Fannie Mae and Freddie Mac both predict a decline through the end of the year. Year-over-year price growth has already started to slow down, with prices for the week of April 12th only 0.3% higher than last year compared to 0.8% the previous week.

There are a few reasons, however, that the current environment shouldn’t conjure up memories of 2008’s housing collapse.

First, according to new research by Zillow, historical evidence suggests that pandemics don’t necessarily lead to significantly lower home prices. During China’s 2003 SARS outbreak, for example, home prices were relatively stable. And even though the number of homes bought decreased as much as 72%, that number “snapped back” to normal when the pandemic passed.

Second, home prices are not likely to be driven down by excess supply as they were in 2008. The number of vacant homes for sale was near a 20-year low before COVID-19, compared to a 48% higher supply leading up to the housing crisis. 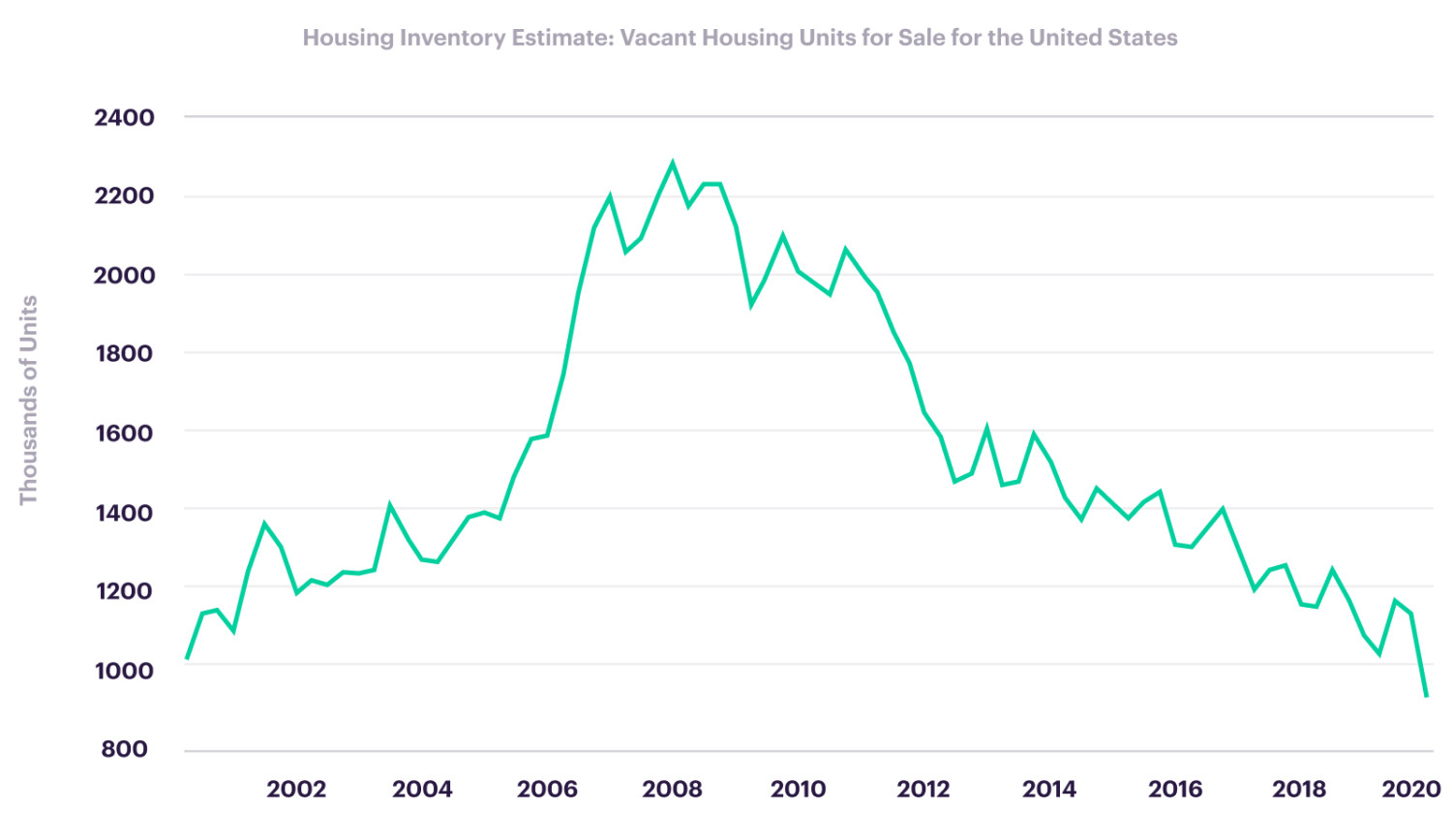 
The supply of new homes is also growing at a lower rate with new construction decreasing by 23% in March.

Third, better safeguards for homeowners make “fire sales,” like the ones that drove down prices in 2008, less likely to occur. Thanks to tighter lending standards and a huge decrease in the amount of debt payments relative to income, households are generally better set up for mortgage repayment than they were ten years ago. And, with newly instituted mortgage forbearance programs and moratoria on foreclosures providing relief from financial hardship, far fewer homeowners will lose their homes or be forced to sell.

According to mortgage industry data analytics company, Black Knight, delinquencies rose 3.4% in March, and 6.4% of all mortgages are currently in forbearance agreements. While there has been a slowdown after the initial surge of missed payments, an uptick is expected in May.

In spite of these trends, neither the head of the Federal Reserve nor the head of the US Treasury have indicated that they believe these problems signal an industry-wide issue for servicers and lenders — at least not yet. While some Government Sponsored Entities (GSEs) are providing some financial relief to select servicers, the government has opted to make servicing rights easier to transfer rather than offer a full bailout. This may connote a preference for the industry to sort itself out before additional government aid is pledged.

Whether or not the market can recover without additional government aid remains to be seen, but it is possible. With some states temporarily prohibiting foreclosures, and forbearance provisions in place, homeowners may eventually be able to pay back arrears through payment plans. GSEs like Fannie Mae and Freddie Mac have also offered to buy loans in forbearance — a new and unprecedented step. However, these purchases will come at a costly premium for lenders; both Fannie and Freddie plan to charge fees in exchange for buying such loans. As a result, mortgage originators will likely still have appetite to lend, but rates may be slightly higher than borrowers expect.

Want to see how current events may impact your mortgage prospects?

Get pre-qualified at better.com, check your custom rates, and estimate your monthly savings. If you like what you see, you can lock your rate instantly online.