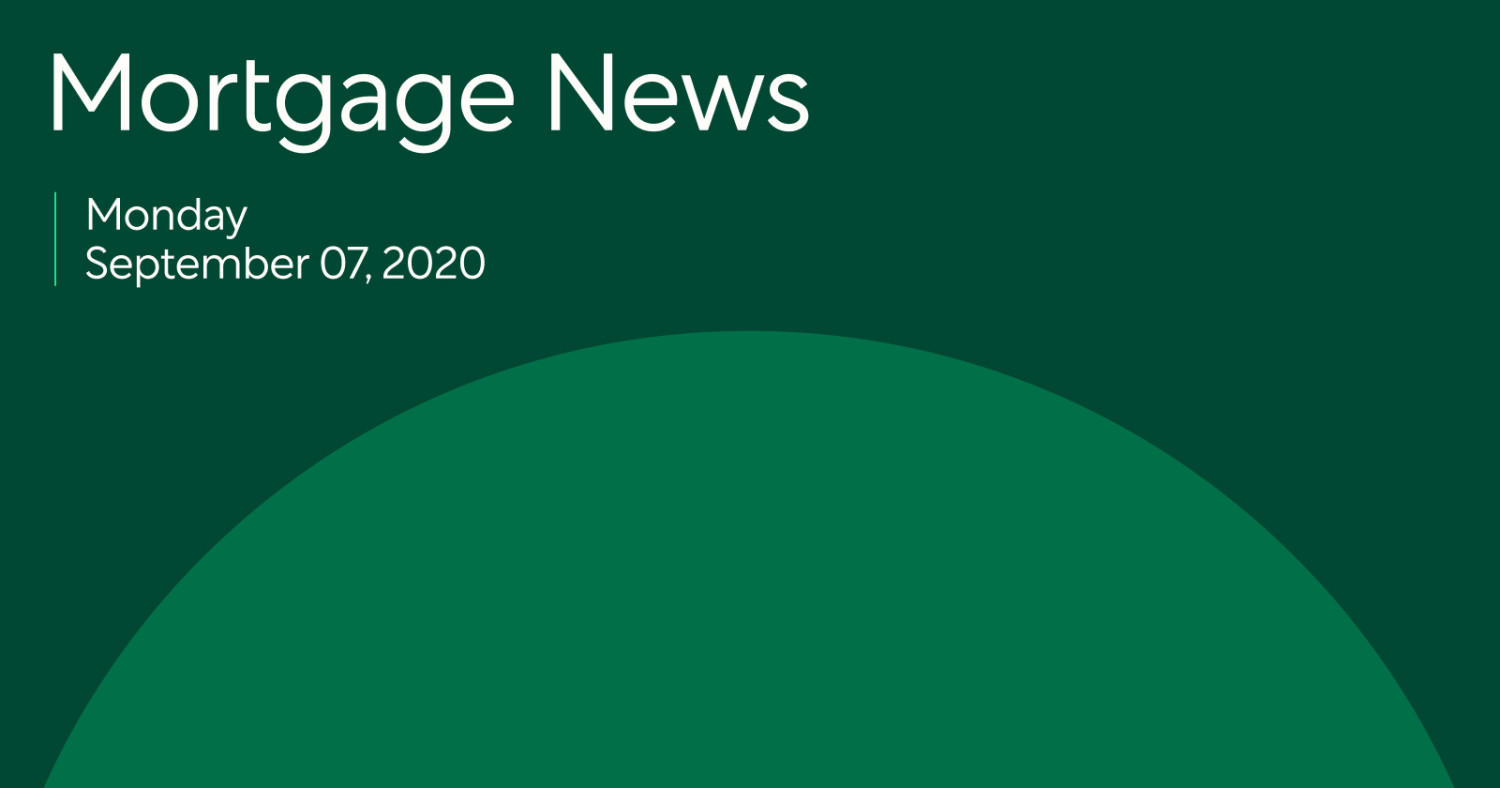 Here’s a look at the latest developments in the mortgage market for the week beginning 9/07/20.

Vacation destinations and resort towns throughout the country once reserved for affluent travelers escaping the pandemic are experiencing a steady influx of remote workers. As waves of people move to these “Zoom towns” or areas where remote work is booming, home prices in those communities have skyrocketed.

This trend aligns with the larger housing boom that’s currently playing out in the market. Record low interest rates, millennials reaching homebuying age, and people fleeing cities for more space have all added to the housing demand surge.

Data from Better Mortgage supports the mass exodus from apartments in major cities to more space and affordability in the suburbs. In New York City, 35% of Better applicants bought homes in counties outside the five boroughs in July, while 27% of applicants from the San Francisco Bay Area bought homes outside the area.

The tremendous move to resort communities and suburbs could also help offset housing costs for buyers and renters interested in major cities, as prices in those areas may decline. This potential affordability can help homebuyers who were previously unable to buy in urban areas the opportunity to finally make a move.

Homeowners looking to take advantage of record-low interest rates were met with a surprise when the Federal Housing Finance Agency (FHFA) announced a 0.5% refinance fee on all mortgages in mid-August. As soon as the announcement was made, interest rates began to increase. After backlash from mortgage industry leaders and the federal government, the FHFA decided to delay the fee until December. This change caused the average 30-year fixed rate to hit its lowest level since early August.

While the fee’s delay granted borrowers time to save on monthly rates, those interested in taking advantage of record-low rates, shouldn’t wait too long to begin the process. Many lenders will adjust their pricing to include the fee before December, so refinancers are encouraged to lock in a rate soon to be on the safe side.

The housing market continues to soar to new heights as the national median listing price hit $350,000 in August—a new record. This comes as a result of strong homebuyer demand and low inventory nationwide. There were 500,000 fewer homes available in the market at the end of August, compared to the same time last year.

As homes in the market sell at their fastest pace in 15 months, it’s important for homebuyers to stand out against the competition bidding in the same pool of homes. Having a pre-approval letter, which provides proof of purchasing power, lets a seller know that a buyer is serious and can make a significant difference in a crowded home marketplace.

How property occupancy can affect your mortgage

When applying for a mortgage, the intended use of the property plays a larger role than many homebuyers might think. A primary residence is viewed differently by lenders than a second home or an investment property because the level of risk involved varies for each.

We’ve outlined the differences between each property type and how their intended use can impact borrowers.

He was recognized as one of the top 10 leaders in the finance category, joining CEOs from major institutions such as Bank of America and Goldman Sachs.