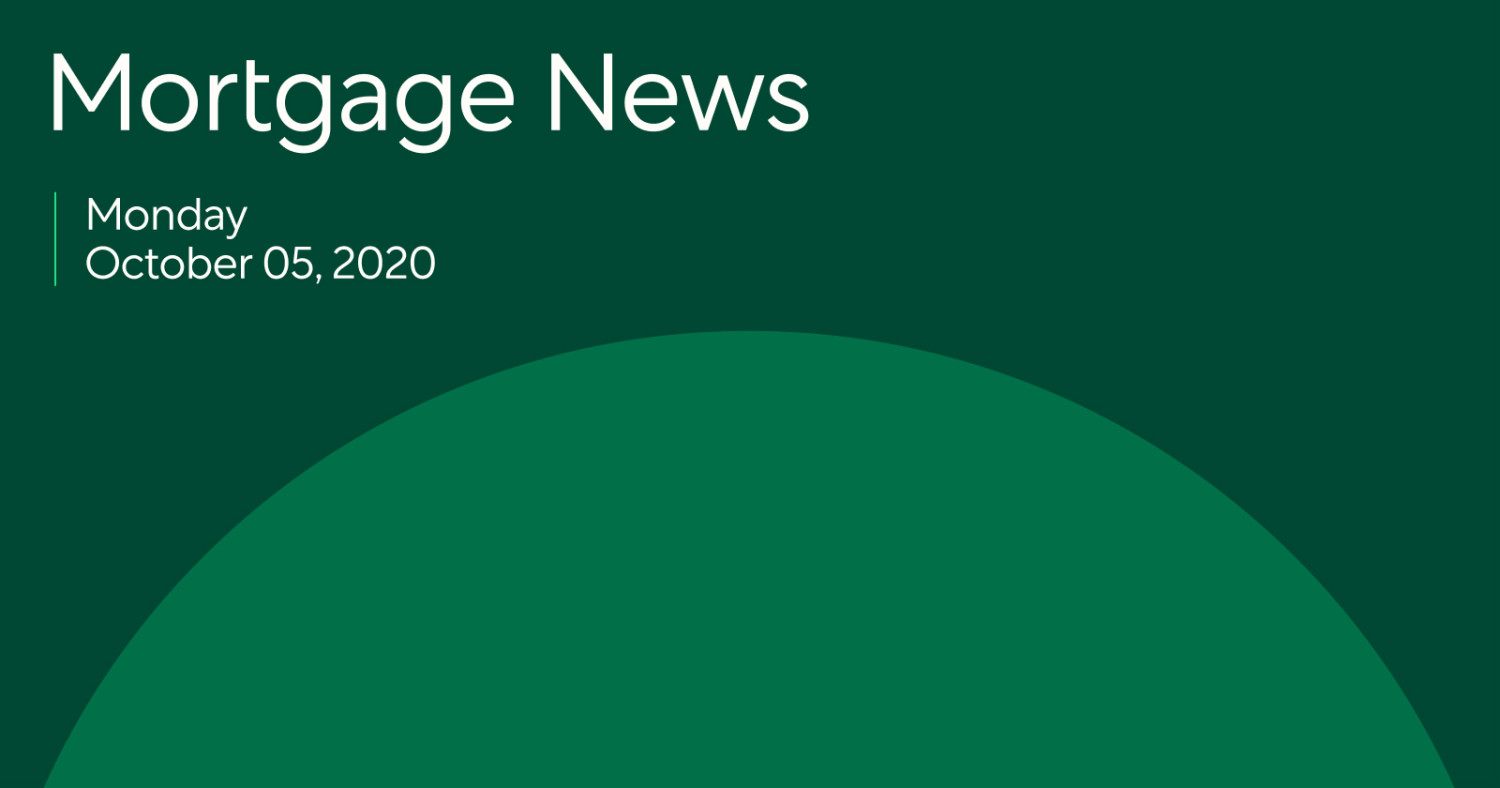 Here’s a look at the latest developments in the mortgage market for the week beginning 10/05/20.

The FHFA fee has not pushed refinance rates above record lows

The average interest rate for a 30-year fixed-rate home loan dropped to 2.88% last week, according to Freddie Mac. The Annual Percentage Rate (APR) average for refinance loans has continued to hover around 3%, defying expectations that the Federal Housing Finance Agency’s new Adverse Marketing Fee would drive that number higher.

A home loan’s interest rate is a percentage of the total amount borrowed which is charged annually by the lender. APRs also account for closing costs and fees, in addition to interest rates, charged over the life of the loan. For refinance loans, those rates now include the FHFA’s 0.5% fee. Most lenders began applying the FHFA fee to loans originated in September, but interest rates have remained so low that average APRs are still within record-low range.

This is due, in part, to the Federal Reserve’s recent commitment to keep low interest rates as long as is deemed necessary to fuel economic recovery. It’s possible, however, that factors like strained lender capacity, stalled stimulus talks in Congress, and the market’s response to November presidential election results could drive rates up. For homeowners considering a refinance, locking a rate when it makes financial sense to do so is still widely considered a best practice.

More home purchases are now under contract than ever before

This is the latest in a series of historic milestones for the housing market; the national median home price, newly-built home sales, and existing home sales all reached record-setting levels last month.

The total amount spent on public and private construction increased by $20 billion from July to August, according to the US Census Bureau. This homebuilding surge pushed new construction spending 2.5% higher than this time last year.

What types of mortgages are available to homebuyers?

There are a variety of mortgage types, and choosing one loan versus another can have a big impact on a homebuyer’s financial future.

The experts at Better.com have broken down the main types of home loans that are available along with the advantages, disadvantages, and unique terms of each.