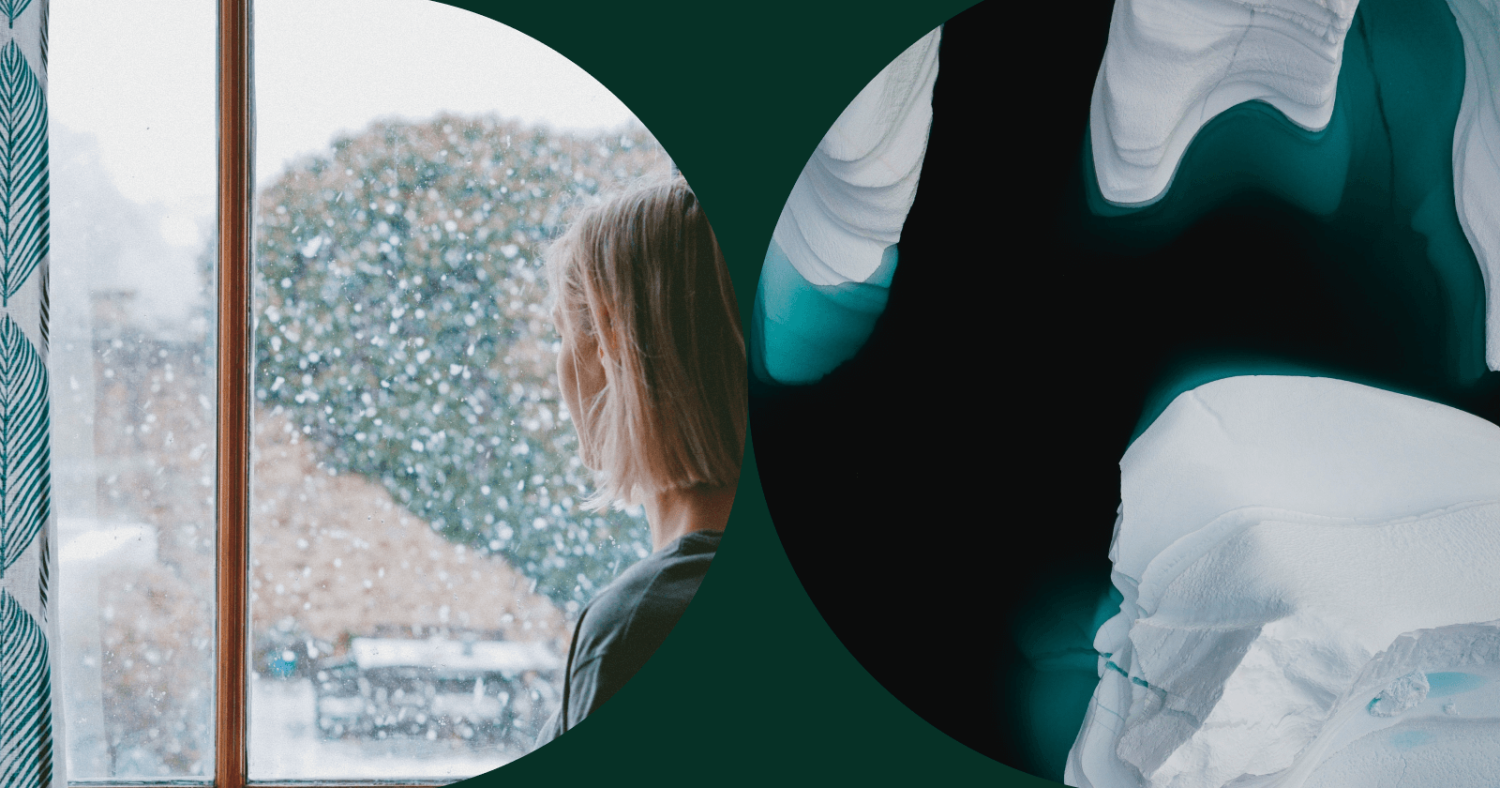 What is climate risk and how does it impact homebuyers today

Steps to protect your current home from changing weather patterns

Is Lincoln, Nebraska the next Santa Monica, CA? The impossible-to-ignore impacts of climate change—extreme weather patterns, natural disasters, and increasing environmental risks—are shifting where people want to live. If you’re planning a move, interested in real estate trends, or just generally curious about the fate of humanity, take a look at how climate risk is affecting homebuyers from sea to rising sea.

What is climate risk?

Climate risk is a measure of the likelihood that climate change will negatively impact a certain area. If you switch on the news, you’ll probably see some kind of unprecedented climate-related story: record-breaking rainfall, dangerous droughts, hurricane and tropical storm trajectories that climb further and further north. On the one hand, climate risk has always been part of homeownership. For example, homes that are located in areas that regularly experience extreme heat (Arizona, Nevada, etc.) have always had to contend with climate risk. But in many parts of the country—especially southern coastal regions like Florida, Louisiana, and Texas—the scope and intensity of climate risk is shifting. And homebuyers are starting to notice.

A recent study from Redfin confirmed that climate risk is top of mind for many people planning a move, with about half of respondents saying that natural disasters and extreme temperatures factored into their decision to relocate. Another study by Redfin confirmed that the country’s most climate-endangered areas are also becoming more populous. Chart based on study by Redfin.


Translation? While some homeowners are factoring climate into their decision, others aren’t letting it stop them from migrating to areas experiencing more intense climate impact. For example, the pandemic pushed millions of people out of metropolis areas like New York and New Jersey, drawing them to cheaper markets in the sunbelt like Texas and Florida, as well as Western states like Arizona. The appeal of these areas (affordable housing prices, access to nature, less competitive job markets, lower property taxes) still outweighs the risk—for now. But here are some ways that climate change could impact at-risk regions in the near future:

Even if you’ve only dipped a pinky toe into real estate fantasy, chances are good that you’ve ogled oceanfront property once or twice; after all, you can’t beat the views in Miami Beach, right? People have prized homes in these areas for decades and coastal living is still considered the ultimate in luxury, coveted universally, and priced accordingly. But as the impacts of climate change intensify in Florida—repeated and prolonged exposure to extreme hurricane seasons that bring high winds and flooding—property values could crash in these areas, and the locations that have historically netted the highest listing prices could become financially undesirable before they become unlivable.

Here’s the million dollar question: do you still want to buy that house on the hill if there’s a chance it could be swept away in a landslide? For many, buying a home is an investment in future generational wealth, a financial asset that can be passed on to children or grandchildren. Moving to an area with fewer environmental hazards could help safeguard against property damage and secure your investment for years to come. Areas with less climate risk may also experience an increase in property values over time as climate migration trends drive more people away from volatile areas. In that case, playing the long game—moving early before increased demand spikes property prices—could have big financial benefits for savvy homebuyers.

For homeowners, insuring against risk is nothing new. But with wildfires and heat waves battering much of the West Coast each summer, these scenarios are becoming less hypothetical and more rooted in reality. In California and other states with increasing frequency of natural disasters, many homeowners are unable to even qualify for traditional homeowner’s insurance. If you move to an area where intense weather patterns are known to occur (or the climate risk in your area is on the rise) you may have to spend more money to insure your home.

Temperatures can change the kinds of amenities people demand. In many places, intense summer heat now starts earlier and lasts longer. Central air conditioning, once scarce in the Pacific Northwest, has shifted from a nice-to-have to a must-have. Pools used to be characterized as a financial liability in places like Portland—people couldn’t really justify the cost since it rarely got warm enough or sunny enough to take a dip. But now that summer temps are soaring, pools are a more popular amenity. You may see more than just cosmetic improvements on the rise as homeowners fortify their properties against the elements. Fire-resistant and flood-resistant materials might become more prevalent for people who elect not to move out of areas with increasing climate risk.

As climate events continue to amplify in the coming years, property values may not be the only thing to fluctuate. Quality of life will be impacted as well—after all, climate risk isn’t just a question of financial burden, it’s also a question of personal experience. Sure, you can fight extreme heat with air conditioning and swimming pools, but a spike in temperatures might also mean more intense mosquito seasons or poorer air quality. Mandatory evacuations and emergency preparedness drills may become part of daily life in wildfire territories. If that happens, where will homeowners draw the line between inconvenience and dealbreaker? A mandatory evacuation once a decade may not be too much of a hassle, but an annual evacuation could be a serious drawback to some buyers. These might seem like small changes, but the cumulative impact could permanently change residential experience and cause real estate desirability to take a hit.

How to mitigate climate risk

There are two schools of thought when it comes to risk: proactive and reactive. You’ll either respond reactively after something happens (let’s call this the “cross that bridge when we come to it” mentality) or respond proactively by making early adjustments to mitigate danger before it strikes. Investing in real estate that has high climate resilience is one method of proactive response.

Climate resilience is a measure of preparedness for and resistance to climate-related events like flooding, wildfires, and heat waves. Some places are more naturally climate resilient than others. According to one study, the most climate-resilient place in America is Kodiak Island, Alaska. But most homeowners probably don’t want to pick up sticks and move to a remote wilderness. So what’s the game plan? One possible answer is to fortify your home against common dangers. Do research and determine what kinds of climate risks are most likely to occur in your local area. For example, you might take steps to ensure your property is as fire-resistant as possible if you happen to live in an area where droughts are common.

Where should climate-cautious buyers invest?

There’s no perfect answer when it comes to the question of climate risk and homebuying. Moving is an expensive, complex, and ultimately personal decision. Climate risk has to be weighed in with other factors like affordability, job market, and proximity to friends and relatives. For some people, it might not make sense to base their entire decision on climate, and the reality is that many homeowners will remain in areas with high climate risk.

If you're thinking of relocating or buying your next home, climate risk might be something you want to add to your checklist or at least factor into your financing. We can help you get started by getting pre-approved and building a homebuying budget that takes these costs into account.