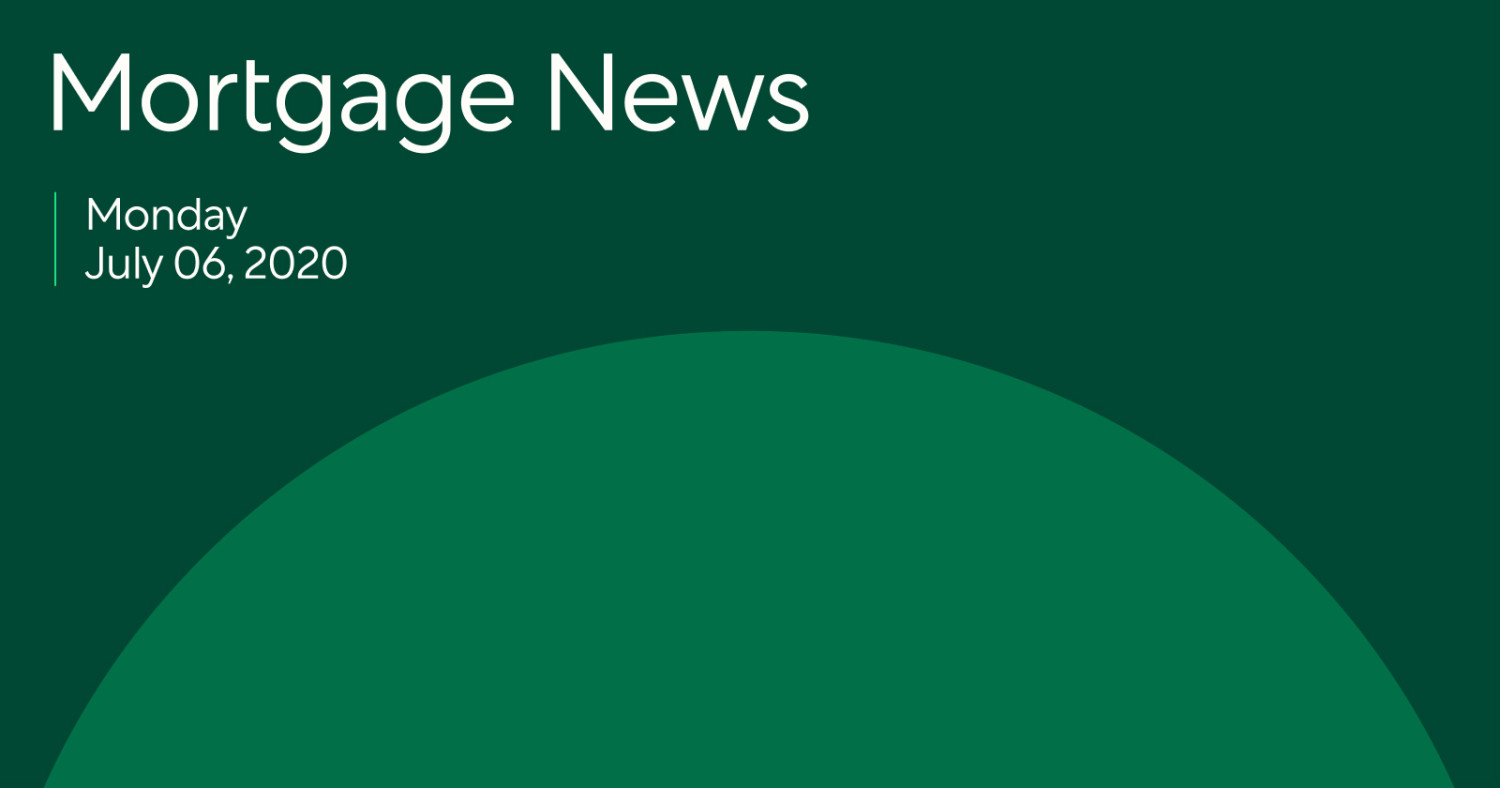 Here’s a look at the latest developments in the mortgage market for the week beginning 7/6/20.

Record-low refinance rates could save homeowners $3.9B per month

With rates continuing to hover near all-time lows, more Americans than ever stand to lower their monthly payments with a refinance. Are you among them? Here’s what you need to know to find out.

As a general rule, if a borrower can lower their rate by at least three quarters of a point, their monthly payment should also drop enough to make refinancing a net gain. You can get your estimated rates here, then compare them to your current rate to see if you fall into this category. According to research from mortgage data company Black Knight, around 13.6M homeowners may now be eligible to lower their payments, with an average estimated savings of $238 per month. Of those 13.6M, 5M borrowers could save upwards of $300, and 2.6 million stand to save at least $400 monthly.

While an extra couple of hundred dollars per month could be just the buffer many homeowners need to keep their payments current, the implications for wide scale economic recovery may be even more significant. Let’s suppose every eligible homeowner were to refinance today; we’d be looking at $3.9B in aggregate savings per month. Depending on how that extra cash was used, it could be a viable alternative to forbearance or a means of stimulating the economy.

Furthermore, the Federal Reserve is expected to support market stability with continued purchases and discussions of new policy tools. This could effectively keep rates low until the economy bounces back, leaving the door open for more homeowners to take advantage of money-saving refinances.

The Paycheck Protection Program (PPP) instituted by the CARES Act gave forgivable loans to small businesses with the requirement that they cannot lay off additional workers during a set timeframe. For many companies, that period will come to an end between now and September. While PPP loans have saved an estimated 15 million jobs, the money received will soon run out; up to 14% of companies who benefitted reported they plan to start layoffs within the next month.

Already, an increasing share of jobs that were reported as “temporarily out of work” are now being categorized as “permanently lost,” and consumer confidence — the most important ingredient in restarting the economy — is likely to take a hit. Because lenders tend to adjust their credit requirements based on the likelihood of default, lasting job losses could render mortgages unavailable for many borrowers, even at a time when rates are low and refinance opportunities abound.

Forebearance rates are trending down again

Forbearance rates resumed their downtrend after a spike at the end of June. While the impact on credit availability remains to be seen, the new data could offset this week’s gloomy unemployment projections, and provide the confidence boost lenders need to avoid raising their standards for new mortgage applicants.

A new type of FICO score designed to measure a borrower’s ability to withstand an economic crisis, regardless of their credit history, was announced this week. This gives lenders an alternative metric for determining loan eligibility, which could open up more access for low-credit applicants.

Manhattan apartment sales saw their biggest plunge in 30 years this week, another key indicator that shoppers are shifting their focus from urban centers to suburbs this homebuying season.