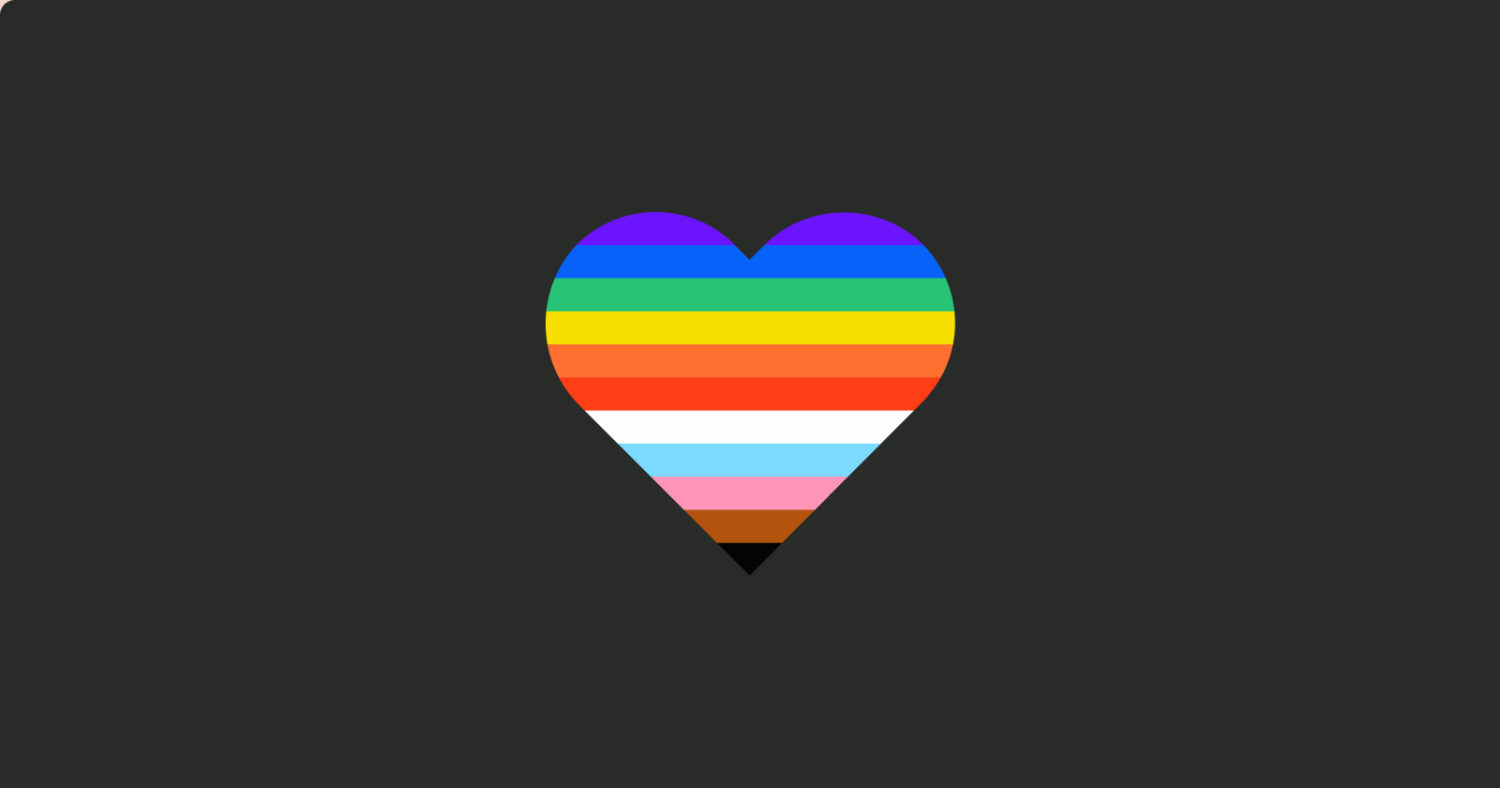 Historically, the LGBTQ+ community has faced an uphill battle when it comes to housing, but homeownership numbers are on the rise. Thanks to key social justice reforms and innovations in lending, more LGBTQ+ house hunters are able to find a place they call home.

Let’s take a look at the numbers to see the full story.

The LGBTQ+ community has immense buying power in the housing market, and it’s going unused. Why? 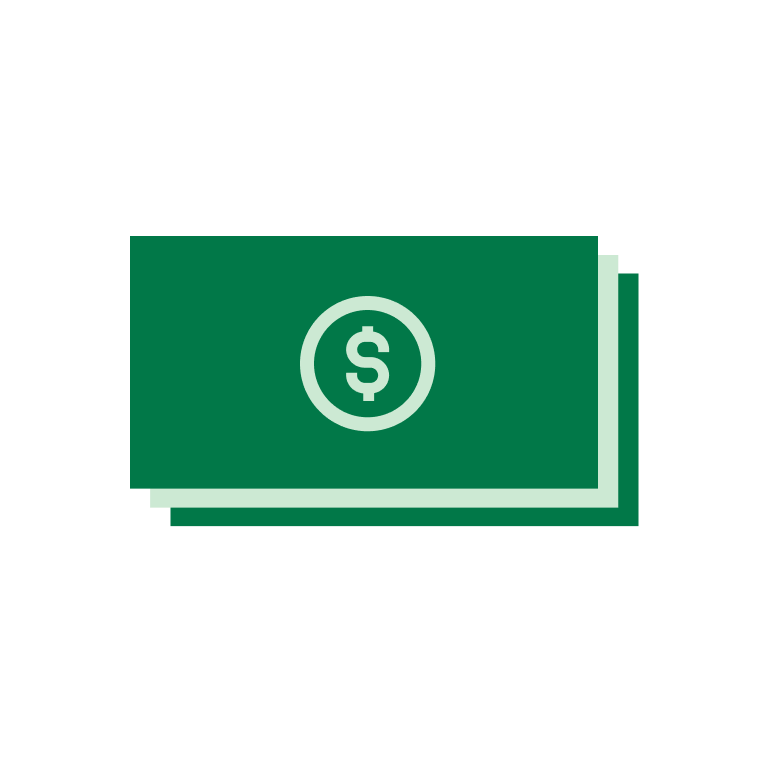 In short, it’s because of discrimination. 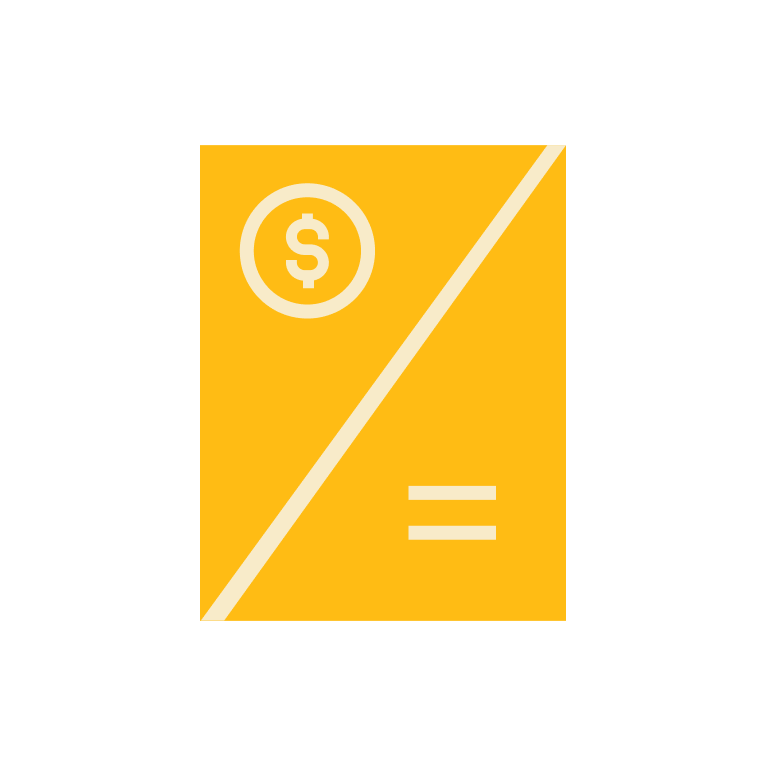 The LGBTQ+ community is 73% more likely to be denied a loan, even though they are not at higher risk of default.2

There has been some progress on LGBTQ+ rights. 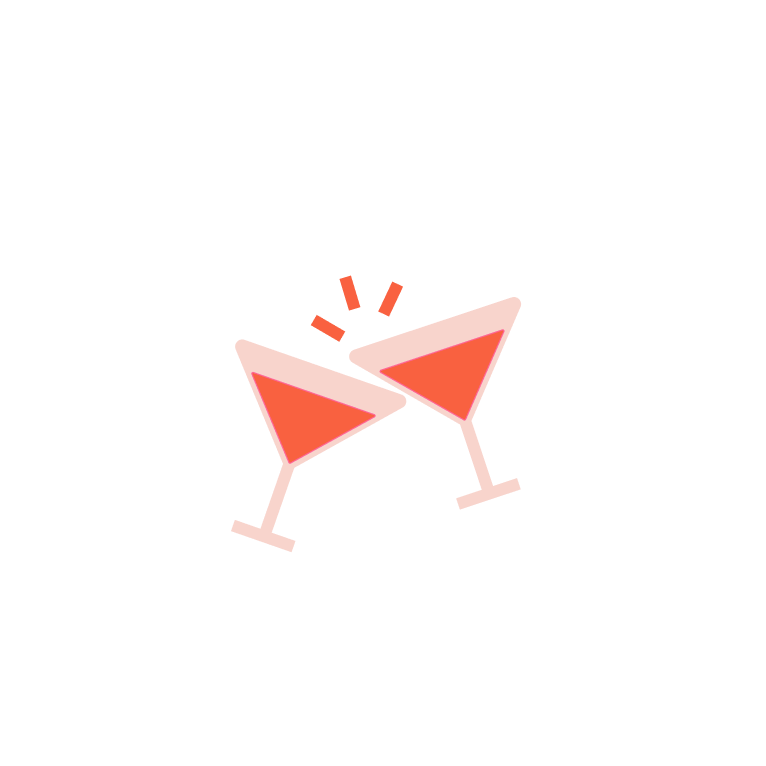 The Supreme Court rules that the LGBTQ+ community is protected against discrimination under the Civil Rights Act.3

But the community is still hesitant to move in. 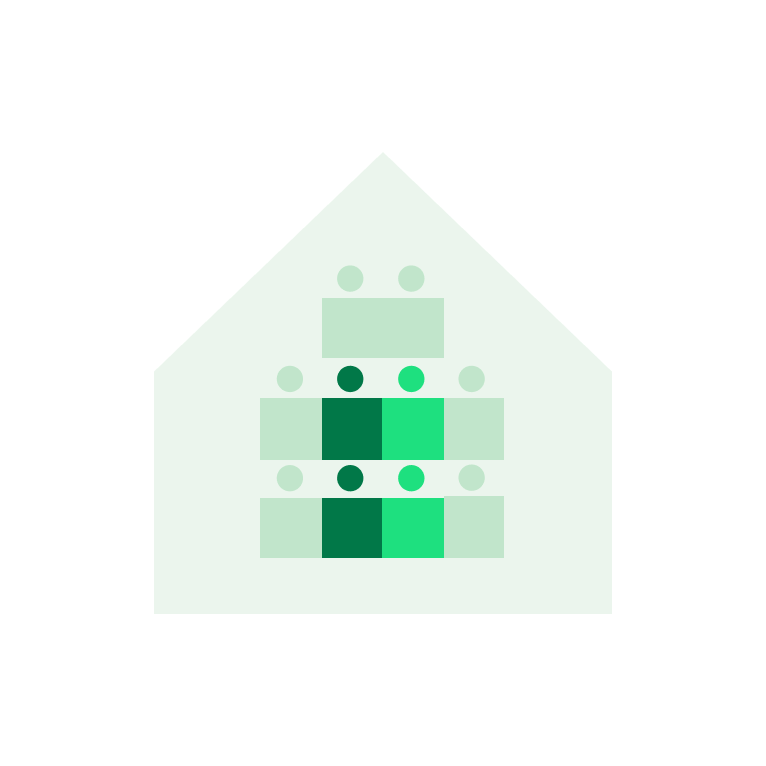 43%
of LGBTQ+ couples feel anxious about how welcoming their new community/neighbors may be.4

The good news? Things are changing for the better. 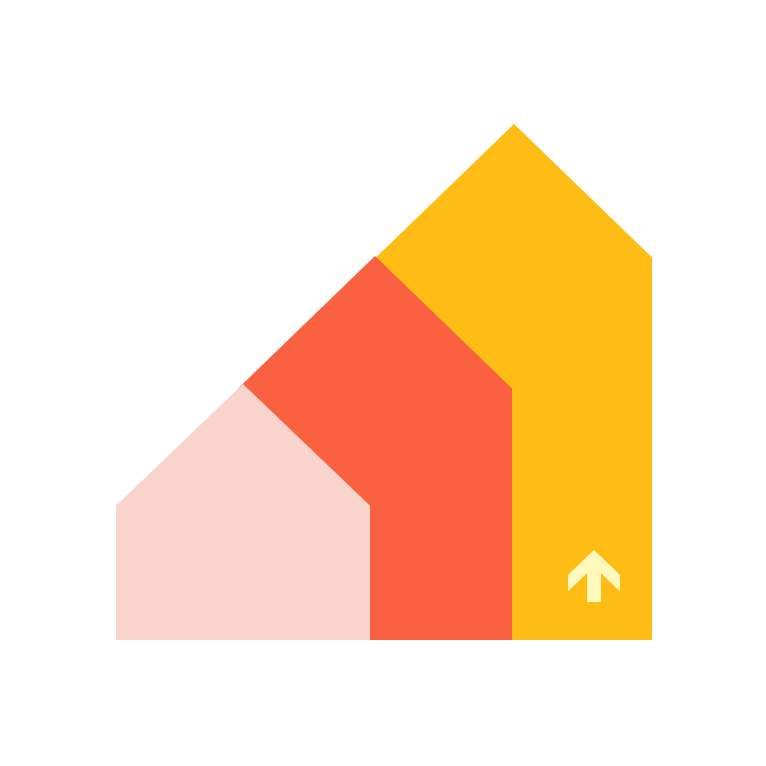 A survey of LGBTQ+ real estate professionals found that most believed homeownership rates will reach 55% by 2030.4

And we’re doing our part to get that number even higher. 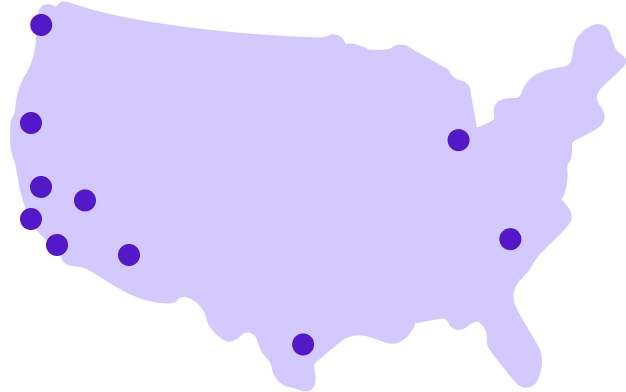 From coast to coast 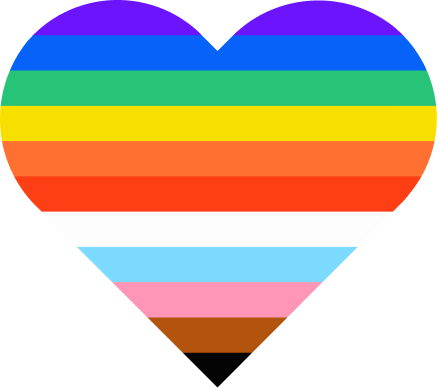 That’s because our mission is making homeownership simpler, faster, and more accessible for all Americans.

Our revolutionary digital process and our vision for democratized homeownership continues to help more people buy more homes regardless of who they are or who they love.

We’d be proud to call you a Better.com homeowner, too.

1 Hornet and Kantar Consulting. The $1 trillion blind spot: Exploring the future of culture and commerce with LGBTQ+.
https://hornet.com/about/queer-people-hornet-kantar/

Housing discrimination within the LGBTQ+ community has been and continues to be a serious issue. Studies have shown that LGBTQ+ homebuyers are at much higher risk of being denied home loans and charged higher interest rates—and until recently, there has not been a federal law that has offered any kind of meaningful protection.

Education is important, too. Many people are simply unaware of how much purchasing power the LGBTQ+ community holds—nearly $1 trillion by some estimates. There hasn’t been a lot of information on how the housing industry is changing to be more inclusive. Digital lenders are contributing to a more LGBTQ+-friendly lending process by removing the inherent biases that come with face-to-face alternatives. As an ally within the home loan industry, we hope the following resource educates, empowers, and gets you closer to your home-owning goals—no matter who you are or who you love.

In 1968, President Lyndon B. Johnson signed the Fair Housing Act—a piece of legislation that prohibited discrimination in the sale, rental, and financing of homes based on race, color, religion, and national origin. In the years and decades that followed, the Act was expanded with new protected classes—including sex, disability, and familial status. Finally, in 2017, a federal judge ruled that gender identity and sexual orientation were protected classes as well.

In a landmark 2020 decision, the Supreme Court ruled that gay and transgender individuals were indeed protected from discrimination, based on the inclusion of sex as a protected class; subsequent updates to the Fair Housing Act further clarify that housing discrimination based on sexual orientation and gender identity is prohibited. The Department of Housing and Urban Development (HUD) has also stepped in to ensure that the LGBTQ+ community has fair and equal access to housing. Specifically, the LGBTQ+ community cannot be denied housing assistance such as Federal Housing Administration (FHA) loans. In addition:

Even though there are anti-discrimination laws at the state and federal level, finding a home as an LGBTQ+ individual can come with its challenges. Research shows that the LGBTQ+ community is still 73% more likely to be denied a loan. When these individuals are able to get approved for a loan, a report from the National Association of Gay & Lesbian Real Estate Professionals found that 43% felt anxious about being accepted in in their new community. And despite a federal decision to extend marriage rights to many members of the LGBTQ+ community five years ago, the same report found that 46% of the LGBTQ+ community were still hesitant to start a family for fear of judgement.

It’s not just at a personal level, either. Research from Kantar Consulting and the dating app Hornet revealed that up to 40% of LGBTQ+-identifying people felt discriminated against by brands in the past year. This feeling of discrimination was felt even more by individuals who belonged to diverse ethnic and racial groups. The research showed that even with increased awareness and a new, accepted normal, much of the LGBTQ+ community still feels like they have an uphill battle for recognition.

So, how do you fight discrimination in your homeownership journey? Start by knowing your rights as a protected individual in the community. The HUD is set up to give every person and family access to a safe, secure, and affordable home. That means it is prohibited at a federal level for any landlord or housing provider to discriminate against you. If you do experience discrimination, you should absolutely feel entitled to file a Housing Discrimination Complaint. We also recommend choosing a real estate agent who will advocate for your rights, and financing your home with a digital lender such as Better.com. UC Berkeley found in a recent study that fintech algorithms such as ours discriminate 40% less than face-to-face lenders.

Purchase power that can’t be ignored

The reality is that the LGBTQ+ community represents a staggering $1 trillion in purchasing power. What's more: The LGBTQ+ community is growing. Fast. Part of this is driven by younger consumers who have a more fluid gender identity. But the other part is from a marketplace that never realized the sheer magnitude of the LGBTQ+ community in the first place. It's the brands that are now realizing the missed opportunity they've had to market to an estimated 5.6% of the United States population. Now, they're playing catch up.

Better.com is fighting against discrimination in home lending

Better Mortgage started with a mission: to make homeownership simpler, faster, and more accessible for all Americans. That meant opening up the home lending landscape to segments of our population who had been traditionally ignored—or worse, discriminated against in their home buying journey. We’ve been able to help by offering a completely digital application process with built-in protections against discriminatory lending. We’ve also never had commissions or fees, and we’ve built a support team that isn’t driven by sales. If you're interested in starting the home buying journey, we can provide industry-leading rates in as few as 3 minutes. From there, you can get pre-approved in as little as 30 minutes.


Let us help you and your family build a home.