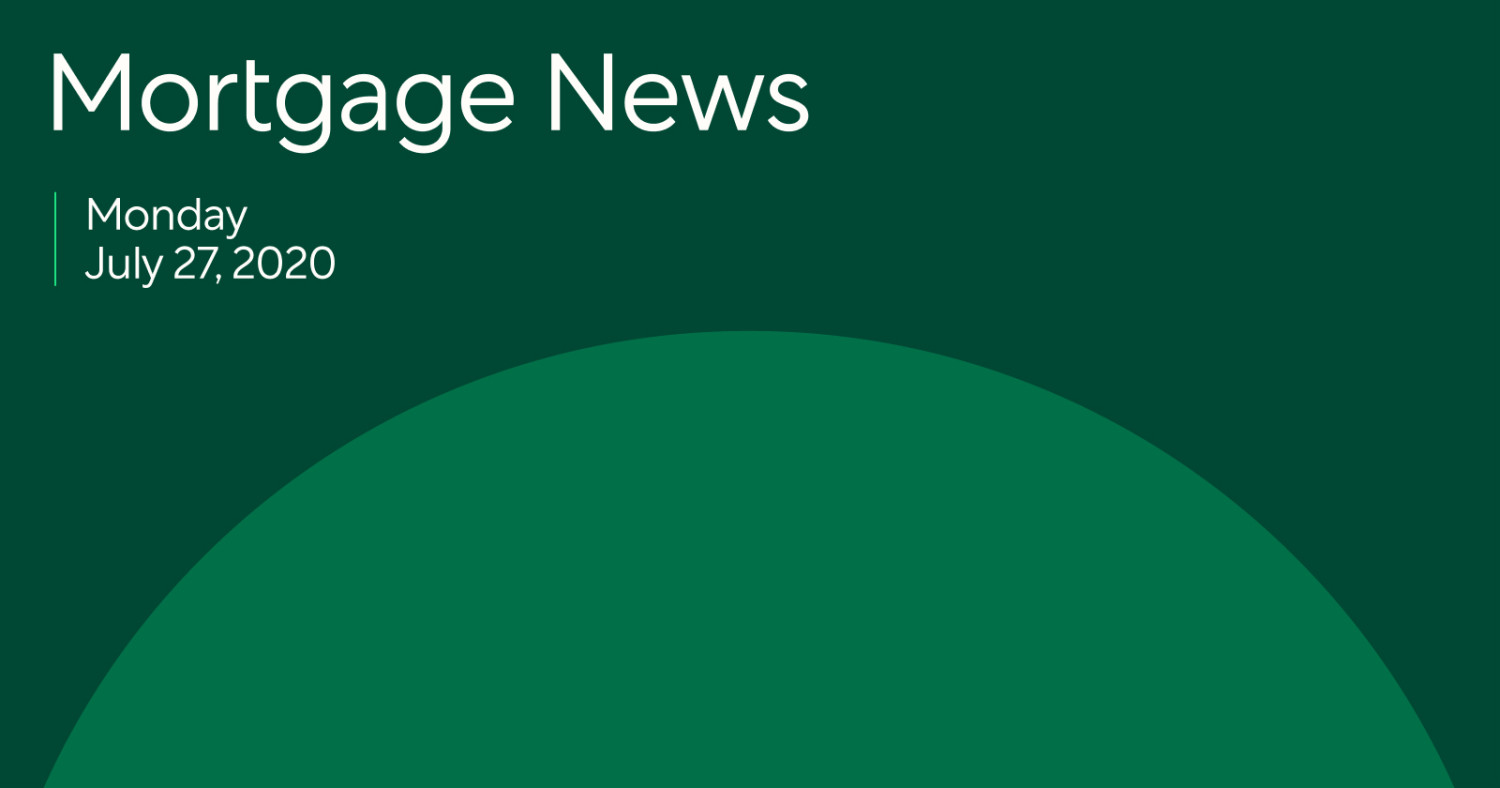 Here’s a look at the latest developments in the mortgage market for the week beginning 7/27/20.

New home sales rocketed to 13-year highs in June, while existing home sales saw their highest monthly gain on record. It seems that a confluence of factors, including pent-up demand after nationwide lockdowns, a new wave of millennial homebuyers, and a desire to own real assets as the financial markets continue to be unpredictable, have contributed to the housing market’s relatively quick rebound.

This trend contrasts with the broader economy’s growth, which continues to show signs of a long, slow recovery.

Even as the rate of mortgages in forbearance has ticked down over the last month, other economic indicators continue to worry policymakers. Closely related measures of debt relief, including those for credit card debt, auto loans, and other types of consumer debt, have been increasing in recent months, indicating that more and more Americans are unable to make their monthly payments. Many economists believe that these hardships will continue to worsen as the full economic impact of the pandemic is realized.

Another contributing factor to the economy’s lagging recovery is job loss; over 30M Americans are currently unemployed, with only around 5M open job opportunities in the market. The loss of earned income plus the looming cuts to unemployment insurance could further impede borrowers’ ability to pay back debt. Combined with the upcoming expiration of protections for renters and homeowners, this mounting debt burden could lead to a wave of personal bankruptcies across the country.

With respect to mortgage prospects, these developments could reinforce the dual effects we’ve seen in the market this year; while rates continue to drop, lenders may keep tightening their standards so that only borrowers with high credit scores can access those rates.

Housing affordability has improved, but the future is uncertain

According to data from the National Home Builders Association, just under a quarter of prospective buyers are now able to afford a median-priced home in their local markets. Record-low mortgage rates have driven that number slightly higher than this time last year, but more than 75% of house hunters still find themselves priced out.

The Trump administration’s recent rollback of an Obama-era fair housing policy raises questions concerning the future of affordable housing. The Affirmatively Furthering Fair Housing (AFFH) regulation issued in 2015, required areas receiving HUD funding to measure and mitigate known barriers to homeownership for low-income borrowers. The administration claimed the regulations were too costly to maintain, and deregulating will actually free up more funding to support low-income homebuyers, while critics argue that shutting down the program will further impede access to affordable housing.

The U.S. homeownership rate leapt to 67.9% in the second quarter of 2020, reaching a 13-year high. According to data from the U.S Census Bureau, which breaks down trends by location, age, race, and income, the South was the highest growth region (up 5.1% since last year), and younger Americans (age 44 or younger) outpaced older generations. Black and Latinx homeownership also showed a sharp rise at around 6% and 5%, respectively.

The Federal Reserve meets again this week to discuss policy for stimulus measures. The Fed could announce more asset purchases, attempting to further boost lending as their outlook became gloomier this week.