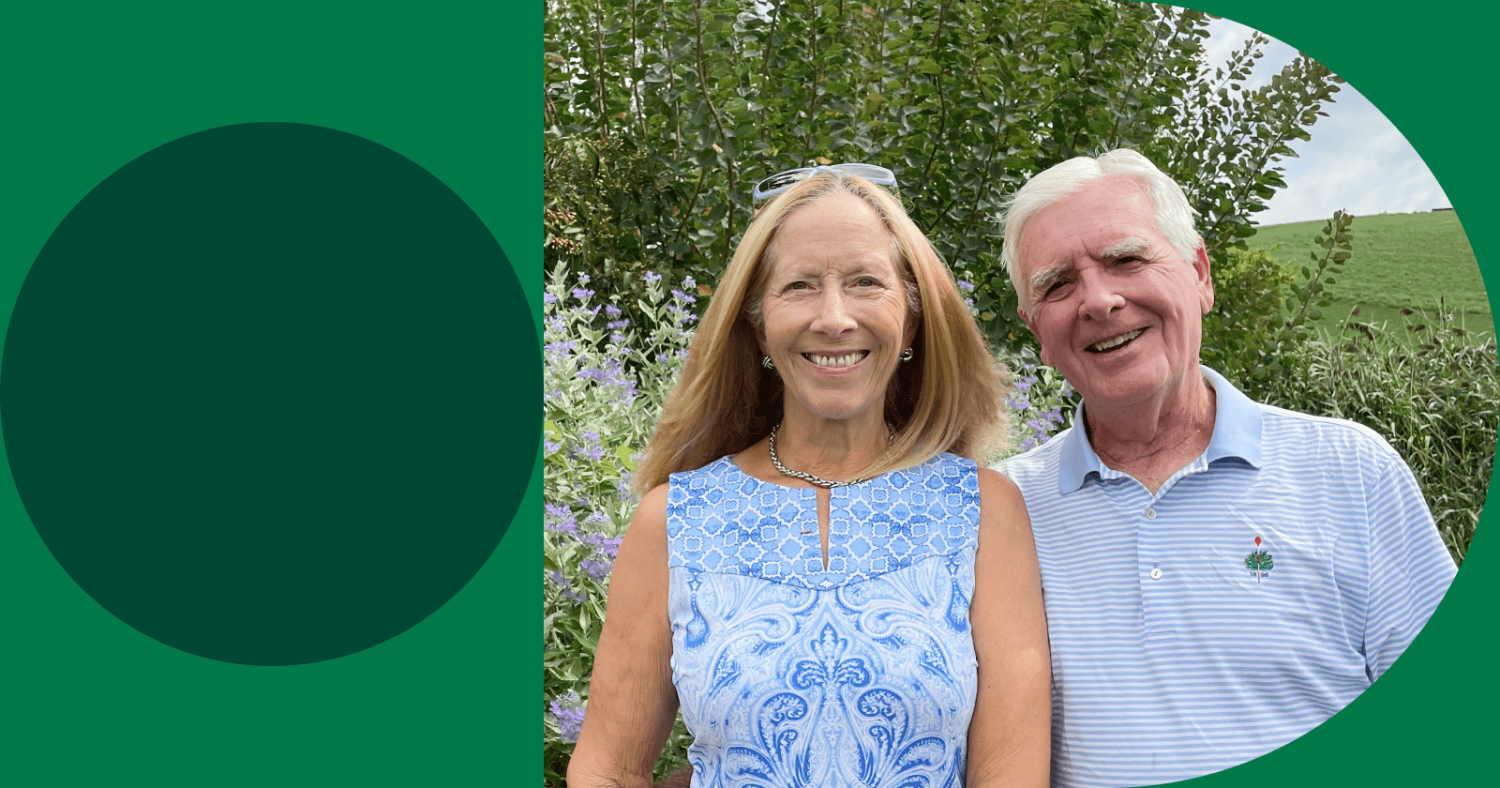 While the majority of Americans live in or around the town they grew up in, Dan and Louise have never been afraid to pick up and go. In recent years, they’ve lived in Pennsylvania, California, and Utah. Today they’re dialing in from sunny south Florida, where they decided to hole up during the pandemic. A popular location for retirees, the gated suburbs of south Florida are ideal for active residents—amenities include tennis courts, golf courses, and swimming pools.

I join our Zoom call and see a face, beaming and backlit by the blinding afternoon sun. Someone else walks into frame and sits down, also smiling and helloing. All I really know about these two going into our call is that they’re a retired couple and they just used Better Mortgage to buy this place in Naples. Dan looks at the computer screen and murmurs something that I can’t hear.

“Oh,” Louise says. “Dan just pointed out to me that we should have set this up over there because the lighting is terrible.”

It’s the kind of suggestion my own 70-year-old father would never make and I’m impressed (not for the last time) by their digital savvy. They shuffle around to the opposite side of the dining room table, transformed from dark blobs into two real people. Behind them, there’s a neat and orderly kitchen. Louise carries the laptop over so I can see their lanai, and beyond that, a glittering man-made pond and clear blue skies.

I’ve got plenty of questions about their new home, but it quickly becomes clear they don’t need to be prompted. They’re the kind of people for whom stories are never in short supply. We do our introductions and dive in.

“We’ve been married for 40 years,” Louise says. “We met at work.” They talk a bit about their careers in advertising, doing the gentle dance of married people in conversation: finishing each other’s sentences, contradicting tiny details like dates and names. Homeownership is old hat for them (they’ve bought and sold about 6 homes together) but leading up to the pandemic they’d been renting for a while. They decided to go to Naples in October 2020 because their daughter had a house down there that wasn’t being used. Before that, they were Never-Florida people.

“We’d never been in a community like this with all these old people playing bocce,” Louise says, laughing. “We don’t think of ourselves as old, but we’re old.”

Then somewhere during the course of that trip, a funny thing happened: they realized they didn’t want to leave.  They loved the neighborhood, the people, and the lifestyle.  But more than the perks the area offered, they got excited about the idea of being homeowners again—especially Dan, who has always been handy and missed having a garage full of tools. “There’s an emotional joy and pride that goes with owning that I don’t feel when I rent...I had missed that connection.”

And, Louise points out, they missed their stuff. Like many people their age, they’ve been trying to downsize for years. “But we still have our storage units full of things that you think your kids will want.” Now that they’re officially moved into their new place, they’re being reunited with boxes and boxes of belongings: everything from furniture to art to a baby grand piano. “It was Weez’s grandpa’s,” Dan explains. There’s real reverence for heirlooms like this, and comfort in furnishing an unfamiliar home with familiar items.

But less than a year ago, they didn’t even know if any of this would be financially possible. Many retirees live on income that’s drawn from a mix of savings accounts, pension money, and government benefit payouts. Getting a mortgage on a fixed retirement income can be challenging in the best of times, but adding a global pandemic into the mix really adds to the uncertainty. Then one Saturday night, Louise quietly logged onto Better.com “just to see” if they could even qualify for a loan. When they got pre-approved, Louise thought, “I must have done the numbers wrong. But I’m telling Dan and we’re all excited…but we still thought, we have to be realistic, it might not work.”

“I was never ever good at doing this financial mumbo-jumbo,” says Dan. “Even when we were getting regular mortgages, it was always some banker...but you never knew what was going on. With Better Mortgage, there was this confidence they gave you, and they divided it up with—”

“—the tasks!” Louise interrupts him excitedly.

“The tasks!” he says again, nodding his head. They’re referring to the list of digital to-dos that Better Mortgage assigns borrowers through their online accounts. Broken out into clear, actionable steps, these tasks are meant to guide people through the lending process, from pre-approval to closing day. I ask whether they worked on the tasks together or if one of them took the lead, and get a typical cascade reply:

“Well, Weez is much more astute—”
“I’m also, at this point, more comfortable online—”
“...with typing and stuff like that—”
“—exactly.”

Despite being the more tech-literate of the two, Louise confesses there was a bit of a learning curve when it came to uploading documents and understanding file formats. But the tasks always kept her on track. And when she did hit a roadblock, she leaned on real people for help—like their loan consultant.

“An angel,” Louise says reverently. Dan confirms this. “She adopted us. When we were stumbling, she was there to pick up the slack.” It was this combination of digital and analog support that helped them navigate the mortgage process and snag a home. Ultimately, that’s what their final advice about homebuying comes down to.

“This is gonna sound totally weird,” Dan says. “But it’s a people thing.” Their dog Fiona wanders into the room as we’re wrapping up the call. She’s gray in the face and gives a few half-hearted woofs at passersby outside the sliding glass door. Dan pats her on the head. “Let go of being embarrassed, let go of your fears. Reach out and let folks help you.”

Words to live by.

The story above was presented by Better Mortgage Corporation, NMLS #330511

Bret Lawrence is a senior copywriter at Better, where she writes about the ins and outs of home financing. Her work also explores the human side of homeownership—the people, places, and perspectives beyond the paperwork. She lives in Queens, NY with her wife and their dog, Banjo